At the end of the day – whichever is cheapest at the time of purchase is our recommendation since they are so similar otherwise. If you really need direction in one way or another – While each of these tents is quite similar in terms of design, set-up, and purpose, the Forceatt Camping Tent offers more reliable waterproofing and a slightly lighter package for a great backpacking experience!

The Forceatt provides a low-cost option for backpacking in three or four seasons. Built with the same type of set-up technology as the Featherstone, you will have the tent set up in minutes using a combination of buckles and snaps to lock the aluminum poles against the tent walls. This setup also allows for an ‘ultralight’ method where the rain fly is used with the poles to create an open-air shelter to cut your weight down even further!

The Forceatt Camping Tent includes a sealable vestibule, providing extra storage similar to the Featherstone. All in all, this a good tent for the amount they’re asking for. 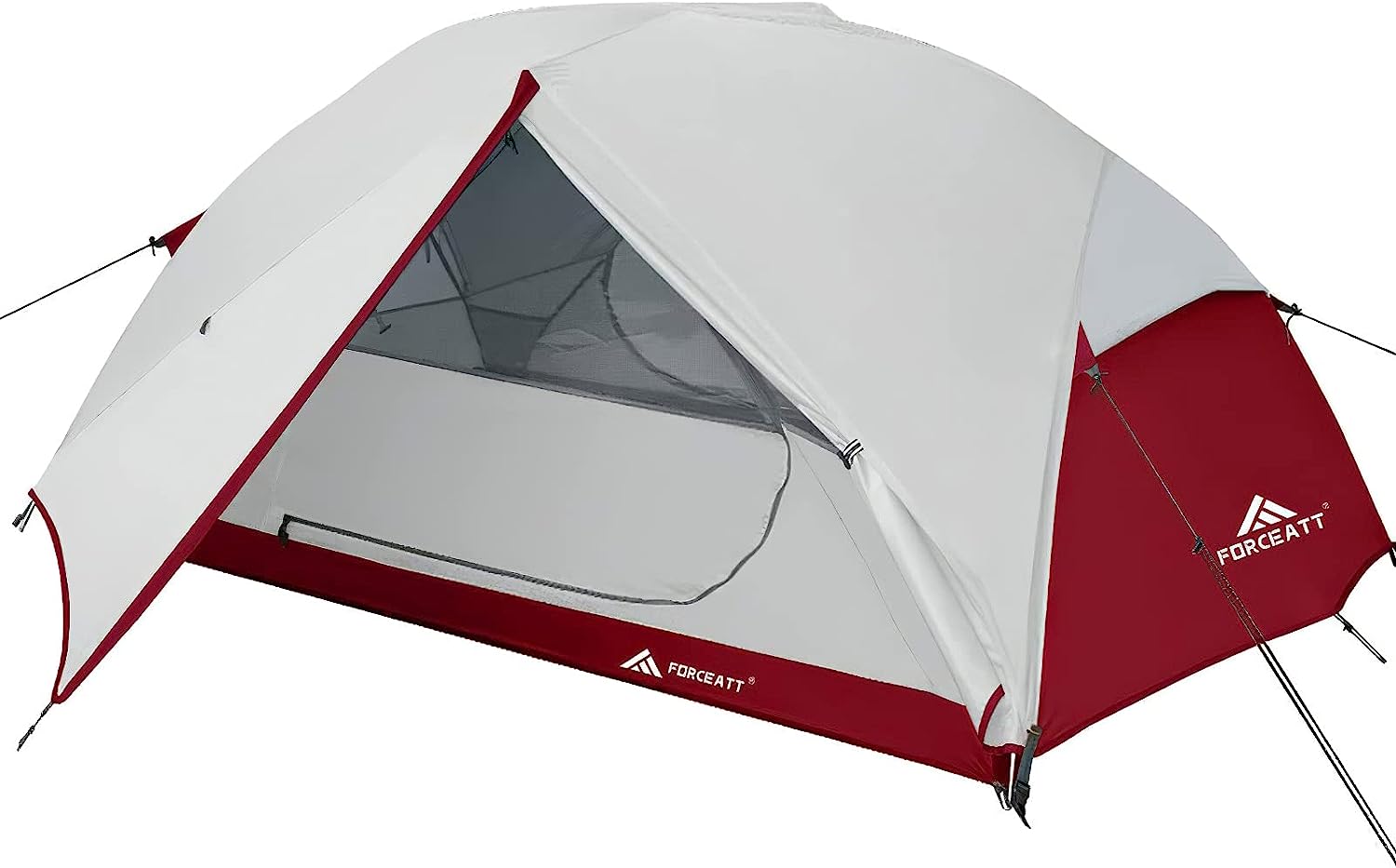 The Featherstone tent is a two-person, three-season tent for backpacking. At only five pounds, this is actually slightly heavier than the Forceatt tent but still light enough for extended trips. Similar to the Forceatt, The Featherstone also includes a built-in vestibule on both sides, providing a large amount of storage space outside the tent while still protected from the elements.

You can’t go wrong with either of these tents which is why they are both on our list of best tents for couples! If you need more space, or are looking to do car camping instead of backpacking – use the buttons below to find the best tents for your family!

Ready to roll? Take a look at our campground reviews and learn about undiscovered gems across the Midwest

Robbie is a Co-Founder and editor at Midwest Camping. Robbie has backpacked over two hundred miles of the Appalachian trail, visited seventeen national parks, and camped regularly for the last two decades.

Join the CaravanBe the first to hear about the best campgrounds and camping gear!

We want to keep in touch! Subscribe to stay up to date on the BEST that the midwest has to offer!